Contexa is proud to have received ATEX zone 1 certification (use in explosive environment) for its ALL-IN-ONE flavors and fragrances dosing robots. 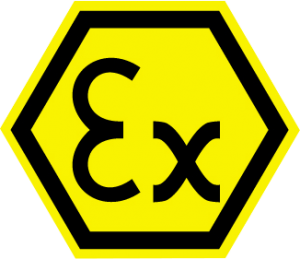 ALL-IN-ONE robot is Contexa’s most advanced dosing robot. It is the fastest flavors and fragrances dosing robot on the market, up to 10 times faster than any other solutions.

This lean dosing concept consists in a combination of COLIBRI syringes (ultra-fast volumetric simultaneous dosing) and TEX clusters (smart gravimetric dosing of large quantities) that can dose from one drop to one ton in the same vessel with no recombination steps.

All sub-assemblies have been successfully certified and can now be installed in hazardous environment including Class A building in China.

This achievement is the result of a strong collaboration between our engineering department and external certification agencies.

Get in touch now for more information.

Lots of interesting workshops on our unique volumetric technology and robot demonstrations at the Contexa Open Day that took place on December 5, 2017!

We are pleased to invite you to our open day on Tuesday 5th of December from 11 to 2PM! 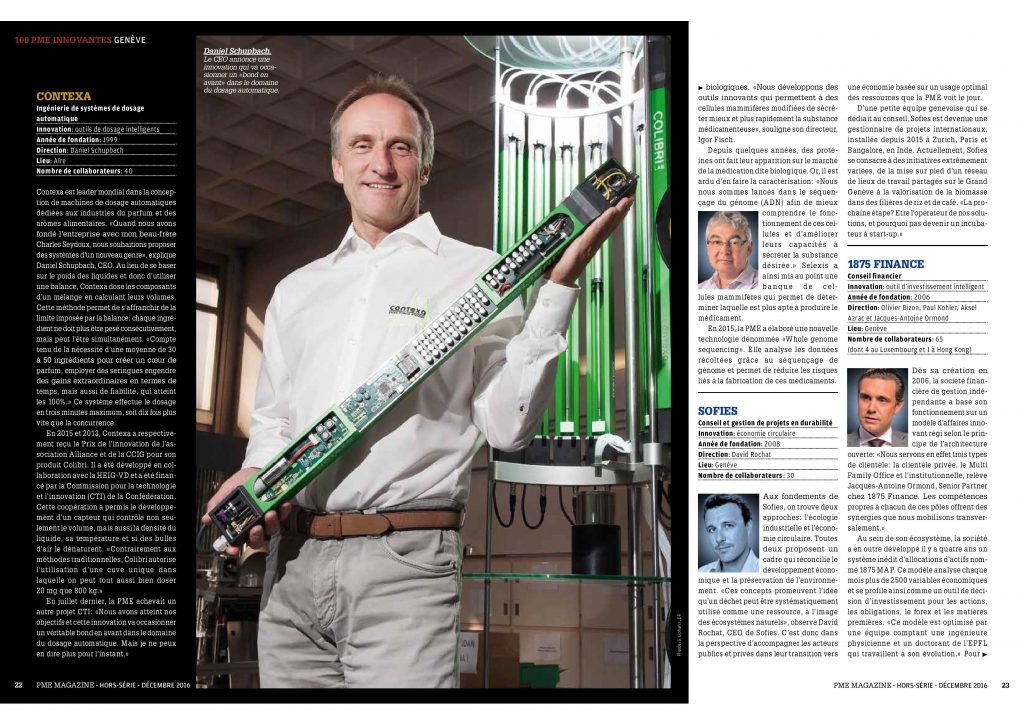 Contexa SA, a Swiss Geneva-based company, the world leader in volumetric dosing of fragrances and flavors, yesterday received the Innovation Award 2013, awarded by the Chamber of Commerce , Industry and Services of Geneva ( CCIG ) . The ceremony was held at the Convention Center Palexpo in Geneva. CCIG brings together key players in the Geneva economy and reward each year with this award the contribution of the major players in the development of Geneva’s economy.

Contexa SA, in June, launched its new robot ” Colibri “, a technology allowing to automatically convert a weight to be dosed into volume. The aim is to speed up the production of formulas made of many liquid ingredients.

This robot is designed for industries dosing liquids at room temperature, warm, cool or even viscous in a minimum of time and with precision. The sectors concerned are fragrances, flavors, chemical or pharma.

The robot consists of independent self- calibrated syringes, each allowing precise dosage of a liquid raw material. Each syringe is able to inject less of a gram or up to tens of kilos in a single container and simultaneously with other raw materials. The time savings is significant and generates less containers washing-up in comparison to traditional methods.

The jury praised the uniqueness of Contexa’s technology and also its expertise, accuracy, efficiency and adaptability.